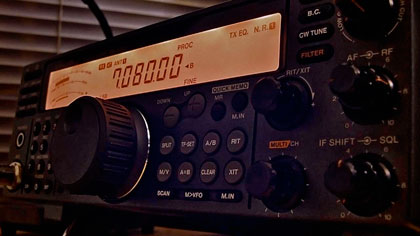 This week’s bulletin was made possible with information provided by the OPDX Bulletin, 425 DX News, The Daily DX, DXNL, Contest Corral from QST and the ARRL Contest Calendar and WA7BNM web sites. Thanks to all.

BARBADOS, 8P. Tom, W2SC will be active as 8P5A during the ARRL International DX SSB Contest as Single-Op/All-Band/High-Power entry. QSL via LoTW or direct to NN1N.

MALDIVES, 8Q. Nobby, G0VJG will be active as 8Q7CQ from June 5 to 18. Operations will be on the Island of Meedhupparoo (AS-013). Activity will be on the HF bands but with a serious effort on 6 meters, using SSB with some PSK31. QSL via Owen, G4DFI, direct or by the Bureau.

DEM. REP. OF CONGO, 9Q. The Radioamateur Association of the Democratic Republic of Congo (ARAC) has invited the Italian DXpedition Team (IDT) for a short stay in Kinshasa during March. The IDT will be active as 9Q0AR from March 10 to 25. QSL via I2YSB, direct only.

HAWAII, KH6. Jon, N0JK will be active as KH6/N0JK from Wailea, Maui (OC-019), until March 18. Activity will be holiday style on 10 meters and 6 meters using CW and SSB. This will include a Single-Op/ Single-Band (10 meter) entry in the ARRL International DX SSB Contest. QSL via his home call sign, direct or by the Bureau.

WALLIS AND FUTUNA ISLANDS, FW. Jean, F4CIX has moved to Mata’utu and has the call sign FW1JG. He hopes to be QRV on 40 to 10 meters using SSB and PSK31. QSL via operator’s instructions.

PALAU, T8. Kazue, JJ0LUH and Kiyoshi, JA0EKI are QRV as T88XG and T88XH, respectively, until March 8 from Koror Island, IOTA OC-009. Activity is on the HF bands and 6 meters. QSL both calls via JA0EKI.

THIS WEEKEND ON THE RADIO. The ARRL International Phone DX Contest, Straight Key Weekend Sprintathon and the Open Ukraine RTTY Championship are scheduled for March 7. Also be sure to catch the NS Weekly RTTY Sprint and the NS Weekly Sprint on March 6.

Source: W1AW Bulletin via the ARRL